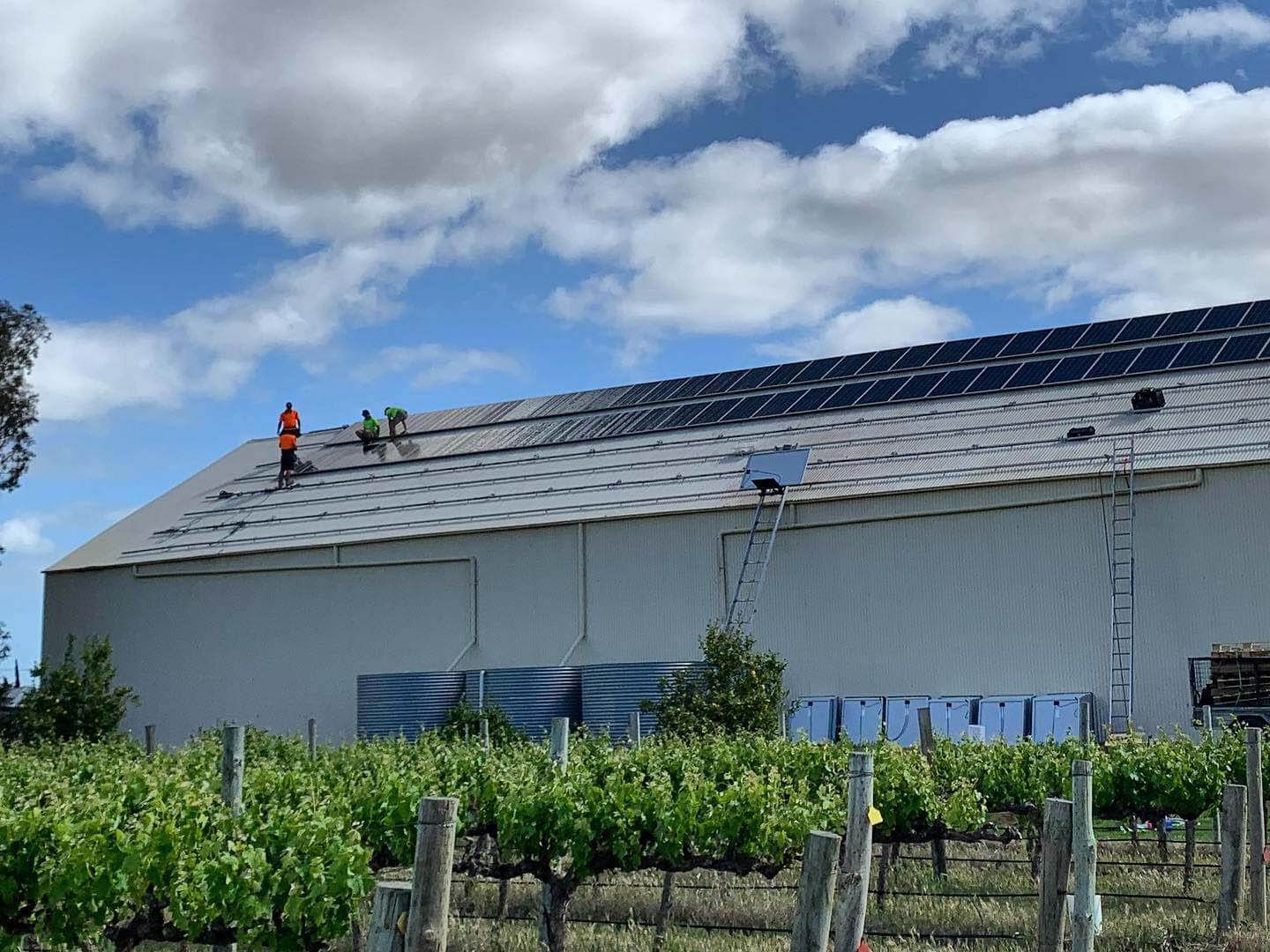 When we went out to Bremerton Wines to discuss an install at their Cellar Door, we found out that they had already invested in solar at their winery. It came as little surprise that they were experiencing issues with their install and that that company who did the work was not coming to the party. After some investigation and a considerable amount of time invested we were able to work out what the root of their problems was and provide them with an action plan to resolve this issue. It was only then that the original company came out and held up their end of the contract.

The install at the cellar door was a smooth operation with a beautiful roof pitch and orientation. This system experienced some issues due to poor supply from the area grid infrastructure which, after multiple conversations and investigations resulted in a transformer upgrade requestion being lodged with SA Power Networks to upgrade their infrastructure to deliver reliable electricity to the business. An initial 9-month completion period was brought back to 6 months after considerable effort to bring the grid infrastructure up to standard.